Liszt in a Ladies magazine...

Some records you take just for the cover alone... Like this 45RPM that once was a supplement with the Dutch ladies magazine "Margriet". I have several records on this label, mostly VOX re-issues, but non have that wonderful late 1950's romantic flair on it... What is she staring at? What does she think? Why is that candle there?? Well, in the end, 10 Eurocents well spend... :-) Greek pianist Rena Kyriakou (1917-1994) easily glides through the piano lollipops by Beethoven (für Elise!), Schumann, Liszt and Brahms, can’t go wrong there… Hope you will enjoy this curiosity! 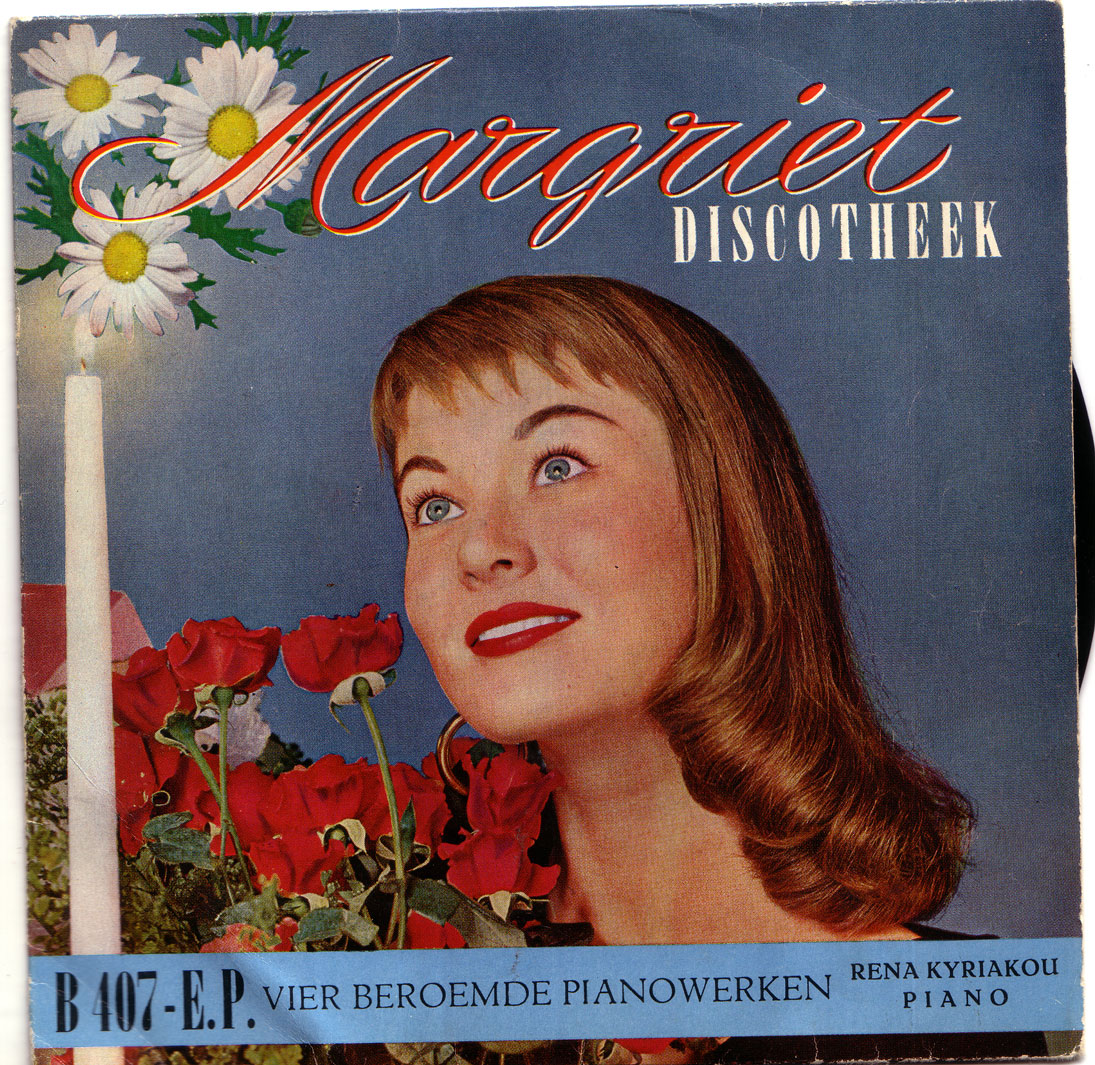 There are these artists who just aren’t that “nice”. An acquaintance of mine wanted to have Elisabeth Schwarzkopf autograph on an authentic 1940’s picture of her. She took the photo and said she looked awful on it. He later found the picture back under the table, torn… She was a terrific singer. Elly Ney adored Adolf Hitler and was appointed to be his official “Kammermusikerin”. In letters to friends she complained that Jews were treated too polite in Nazi Germany… She was a terrific pianist. In the light of these two examples Dutch soprano Jo Vincent doesn’t come off that bad…  She had a mouth and was not afraid to use it. She was nosy, interfered with just about everything in the life of her pupils and when in 1960 she was asked her opinion on Dutch TV about then popular singer Mieke Telkamp she replied that “she didn’t sing, she just shouted in a microphone”… Beside the fact that I am not a big of a Mieke Telkamp fan, it’s quite tactless to say that before an audience of about a million people. Straightforward, honest maybe, but also a bit rude… Yet, Jo Vincent was an awesome singer. Here is a 1927 recording of her, made when she was 29 years old. A very atmospheric performance of Franz Schubert’s “Du bist die Ruh”, with Maurice van Ijzer on the tingly (hey, authentic 1927!) piano.
Follow this link! -> http://www.youtube.com/watch?v=kdqLXbplC7I